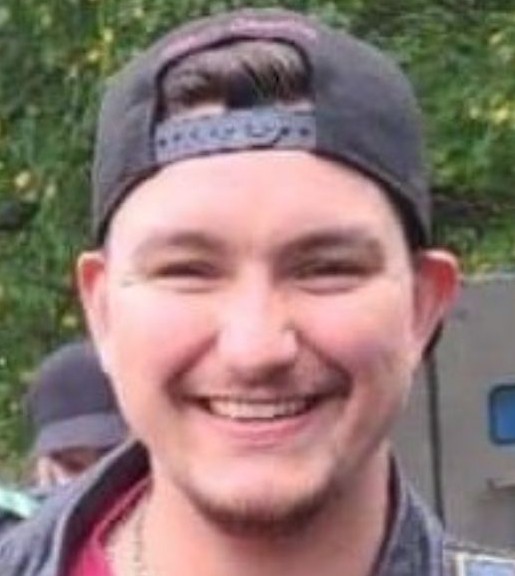 Ray Dominic Moreno, age 24, born April 4, 1997 to Ramon and Vernita Moreno left this world on February 5, 2022. Ray was a small-town boy who spent his years at GHS playing football and hanging out with his best friends, The Frogs. While playing football, he coined the term “One Team, One Goal, One Heartbeat.” Our boys still see it in the locker room years later. His friends were a blessing he never took for granted. Weekly “team meetings” were instated, and they just so happened to be on Taco Tuesday at Turk Lake Restaurant. Those team meetings paid off because those boys created a lifelong bond the rest of us envy.

When Ray graduated from Greenville High School in 2015, he moved to Indianapolis to attend Lincoln Technical School where he would learn skills that would benefit everyone, he knew for the years to come. He graduated and went on to do different types of jobs until he landed in the tree business. It was kismet, after all dad and all his uncles had worked in trees at one point or another and a few still do. Ray didn’t mind the work, he was a natural born climber, outdoing everyone around him. Ray wasn’t just a tree climber, but he loved climbing on his Harley, Scarlett, and enjoying as much sunshine as he could.

Work and schooling always came second to family and friends. Ray is survived by his parents, Ray and Vernita Moreno of Gowen, and his siblings Aleethea and Scot Stephens of Greenville, Kerenza Moreno of Sand Lake and Maleena Moreno of Gowen. He has 5 nieces and nephews he was out to spoil and make sure they had the most fun possible, because that's what life is all about. His girlfriend Maddie Yoder, who he said he would spend the rest of his life with. To list off the rest of the family and friends that Ray loved would take up this whole paper and since he wouldn’t buy a decent pair of shoes I’m not paying to print a newspaper, just know that he loved you, but especially those of you who have got a nickname.

The world lost a fantastic human being that day. The kind of guy who spent his day off pulling people out of the ditch after a snowstorm. The guy you could call in the middle of the night to move a couch, physically or metaphorically. You always hear about the guy who would take the shirt off his back, his name was Ray. He was always up for a laugh, but he wouldn’t turn you away if it was a bad day, that day he’d buy you a drink and listen. Funeral Services will be 12 NOON, Wednesday, February 9, 2022 at the Greenville Community Church with Pastor Amy DeBerg officiating. Visitation will be from 10 AM Wednesday till the services at the church.  In honor of Ray, in lieu of donations, the family asks that you just be a better person to make up for the one we lost and also to give to the Greenville Rocket Football if able. Arrangements are by the Marshall Funeral Home, Greenville, with complete obituary online at www.marshallfuneralhomeinc.com where you can leave a message of condolence for the family.

To order memorial trees or send flowers to the family in memory of Ray Dominic Moreno, please visit our flower store.

Please be considerate and allow time for others to meet with the family.