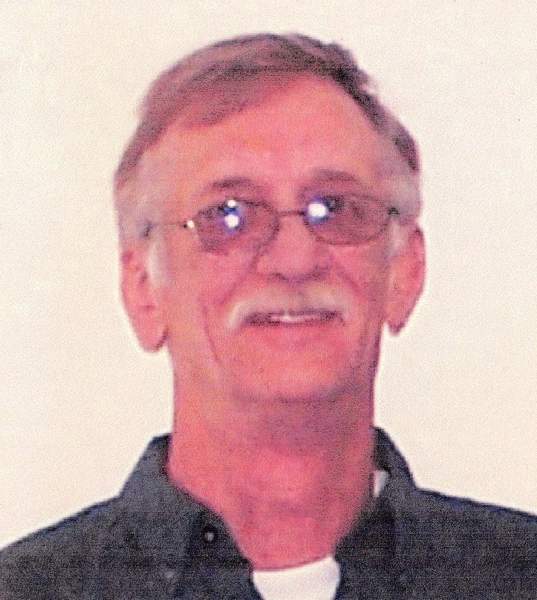 James L. Ruschkewicz age 74, of Howard City, loving husband and father of 2 children passed away Saturday, January 2, 2021 at Spectrum Health United Memorial Hospital of Greenville. He was born March 18, 1946 in Ludington, Michigan. He served his country in the United States Navy from 1967 to 1968, enjoyed hunting, fishing, spending time with his grandchildren, helping and visiting with friends, family, kids, grandkids and great grandkids. He also enjoyed guiding his son to be a better man. He loved working on and pulling tractors with his grandson Tyler, and the entire tractor pulling family, watching his granddaughter Alexandra with her cows and enjoyed all the visits from his grandchildren. He was the best husband father, grandfather and great grandfather anyone could ask for. He had the biggest heart and will be truly missed. James is survived by his wife Suzan of 48 years; children Timothy L. Ruschkewicz of Howard City and Kimberly M. (Derek) Trout of Howard City; seven grandchildren Krystal (DeGood) O’Connor of Greenville, Brendon Ruschkewicz of Rockford, Taevin Hanes of Greenville, Cecilia Burge of Sand Lake, Nicholas Burge of Sand Lake, Tyler Trout of Howard City and Alexandra (Mike) Allen; three great grandchildren Triston O’Connor, Reagon O’Connor and Jaxon Allen, sister Sue Tyler and in laws Stuart Sackett of Edmore, Nancy (Walter) Bannen of Lakeview, Frank (Judy) Sawdy of Stanton, Daniel (Carol) Sawdy of Sheridan and Marcia (Daniel) Benner of Sidney. He was preceded in death by his parents Adam & Barbara Ruschkewicz, brother Tom Ruschkewicz, sister and brother in law Beverly (Herb) Law, sister in law Linda Sackett and his brother in law Ed Tyler. Members of the family will meet with friends and relatives 1 PM to 3 PM on Friday, January 8, 2021 at the Marshall Funeral Home, Greenville, concluding with Military Services at 3 PM by the Greenville American Legion Post #101. Burial will take place in the spring at McBride Cemetery. The family suggest that when making a contribution in James’s name to please give them to the family. Arrangements are by the Marshall Funeral Home, Greenville.

To order memorial trees or send flowers to the family in memory of James L. Ruschkewicz, please visit our flower store.