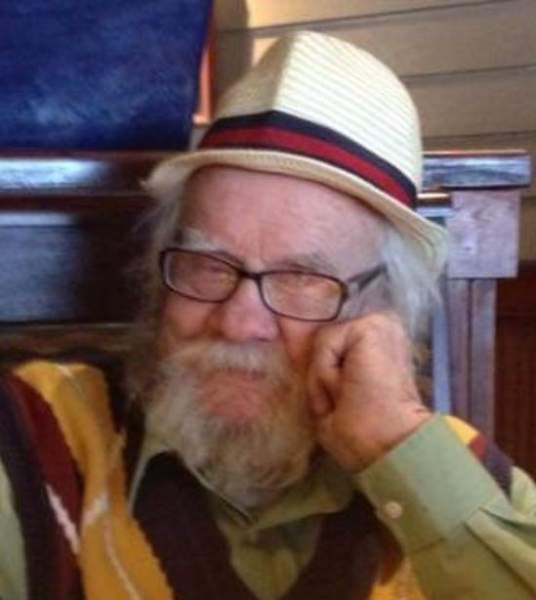 Eston A. King age 85, of Greenville, passed away Tuesday, March 2, 2021 at his home under the care of Spectrum Hospice and his loved one's. He was born June 11, 1935 in Belding, the son of George P. & Mildred L. (Sanders) King. Eston was known to many for his art including the last supper painting at St. Charles Catholic, the outside of J.R.’s Roller Castle, lots of murals at Ed Koehn, Ray Winnie, Rumney's Fiesta Cafe, Belding Library and several other locations throughout the community and surrounding communities. Eston was always the life of the party he loved to have a good time. He enjoyed spending time his friends and family. He loved to express himself through his artwork in several creative ways. He loved listening to NPR and classical music. Eston has touch so many people's lives in this community as well as surrounding communities. He will be forever missed and loved by everyone who ever had any interaction with him. Eston is survived by his seven children Andy Donnelly of Gowen, Kathy (Ron) Meadley of Silver Lake, Christine Donnelly & (Matt Bartelt) of San Diego, California, Melissa (John) Farrell of Grand Rapids, Bill (Sherry) King of Baldwin, Ben (Bonnie) King of Hesperia and Sam (Brittany) King of Greenville; twelve grandchildren Devin, Camden and Mason Bartelt, Jordan Farrell, Jesse, Jon, Jade, Alexandria & Lauren King, Skylar Jensen and Logan and Raygen. He is also survived by Jan Duncan, the mother of Eston’s children along with several nieces, nephews and family members. He was preceded in death by his parents, brother Paul (Emma Jane) King and his sister Elizabeth (Ted) Borden. No services will be held. In lieu of flower, Eston would have wanted donations in his name to be made to National Public Radio programming. Arrangements are by the Marshall Funeral Home, Greenville.

To order memorial trees or send flowers to the family in memory of Eston A. King, please visit our flower store.