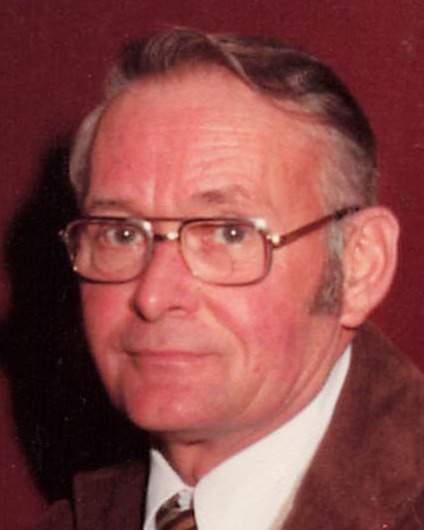 Donald W. “Bill” Banks age 93 of Greenville, formerly of Plainwell, passed away Monday, September 12, 2022 under the care of his family and Spectrum Hospice.  He was born December 12, 1928 in Berlamont, Michigan, the son of Jake F. and Edna Marie (Woodhouse) Banks.  Bill served in the United States Air Force from 1948 to 1952.  On September 20, 1952, Bill married Nancy Greiffendorf in Gobles, Michigan.  Bill and Nancy owned the Banks Oil Company.  While members of the First United Methodist Church of Plainwell, they were co-superintendents of the Sunday School and leaders of the youth groups.  After selling the Banks Oil Company, they moved to Mt. Pleasant and ran a foster care home in Mt. Pleasant. Bill loved to hunt and fish, share his faith, and make crockpot meals.  His faith and service to others could be found in his work at the First United Methodist Churches in Plainwell and Greenville, his oil business, and his post retirement jobs at Greenville McDonald’s and Hilltop Sports.  In the early 1980’s, Bill willed his body to science at Michigan State University, where his cadaver will teach 600 students.  Bill is survived by his youngest sister, Marcia Roberts of Plainwell; his 2 daughters and sons-in-law ~ Mary (Chris) Hamman of Greenville and Julia (Jeffrey) Jenkins of Kalamazoo; 14 grandchildren ~ Sister Christianna Hamman, FSE of Maine; Aaron (Dianna) Hamman of Rockford; Luke Hamman of Vietnam; Micah (Zach) Brown of Virginia; Jesse (Grace) Hamman of Belmont; Rebekah (Alec) Magnuson of Sidney; Esther (Willis) Bouwman of Portage; Jonathan Jenkins of Kentucky; Peter (Bethany) of Holland; Rachel (Jordan) Sheffer of New Mexico; Samuel (Greta) of Plainwell; Isaac (Reina) Jenkins of Kalamazoo; Caleb (Jessika) Jenkins of East Lansing; Lydia (Kevin) Weathers of Kalamazoo; 20 great-grandchildren; and his nieces and nephews, including a special niece Carolyn (Carl) Morehead of North Branch.  Nancy preceded him in death on November 11, 2019.  Besides his wife, he was preceded in death by his parents; siblings Kate, Myrna, Jake II, and Donna and his wife’s sisters and brothers Ruth, Mary Jane, Leona, Julius II, Walter, and Alvin.  A memorial celebration of life will be held next summer.  In lieu of flowers, the family suggests that memorial contributions be made to Spectrum Hospice, Greenville First United Methodist Church, or Plainwell First United Methodist Church Free Lunch Program.  Arrangements are by the Marshall Funeral Home, Greenville www.marshalfuneralhomeinc.com for complete obituary and to leave a message of condolence for the family.

To order memorial trees or send flowers to the family in memory of Donald W. "Bill" Banks, please visit our flower store.