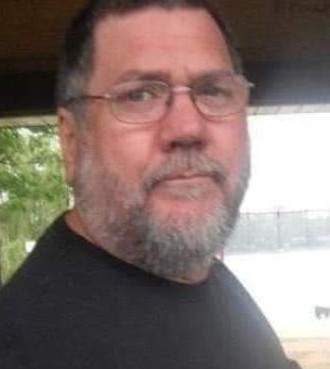 David L. Adams 63, of Greenville, passed away at Spectrum Health Butterworth Hospital on December 29, 2021. David was born October 3, 1958, in Greenville to Everell and Reva Adams. He was a life member of the Moose Lodge and loved to bowl, go to the football games, watch Nascar and drive around the lake with the family and listen to old western music, especially his love Loretta Lynn. He enjoyed going to demolition derby’s and watching with his children, grandchildren, and many friends. David is survived by his wife LaDonna of 41 years of marriage. His son David and Misty Laisure and daughter Heather and Brice Hull of Greenville. He has 5 grandchildren, Isaiah Hopkins (Melissa Cross) of Orleans, Caden and Kaylee Adams, Madisyn and Brisyn Hull all of Greenville, and great grandson Brantlee Hopkins of Orleans; father in law and mother in law Eugene and Laura Kroesing; brothers James Adams and Glenn (Wanda) Adams and sister Lori Adams all of Greenville; sister Helen Rittersdorf of Grand Rapids; sister in law Faith Adams of Greenville; brother and sisters in law Bobby (Connie) Kroesing of Sheridan, Duane (Patty) Kroesing of the state of Alaska, Debbie (Dan) Roger of Trufant, Jim (Cindy) Kroesing and Gary Kroesing all of Sheridan; along with several nieces and nephews. Also, two special friends John Harris and Charlie Eldridge. He was preceded in death by his parents; mother in law Donna Kroesing; brother and sister in law Dennis (Jeannie) Adams, brother Richard Adams and Lelland Adams and James twin sister Jeannie who died at birth. An hour long visitation is planned for 11 AM Tuesday, January 4, 2022, at Greenville Community Church with a luncheon to follow. Arrangements are by the Marshall Funeral Home, Greenville, with complete obituary online at www.marshallfuneralhomeinc.com where you can leave a message of condolence for the family.

To order memorial trees or send flowers to the family in memory of David Adams, please visit our flower store.